A video production proposal is a document prepared by a video production company, agency or an individual who offers such services, to present to a client who is interested in getting a video made. A well-prepared and well-customized proposal, with all the relevant details, can woo a client and help the company attain the video project.

Videos are often required for different purposes, such as marketing, promotion, advertisement, presentations, etc. The client who needs the video, often, outsources the task to the video production companies, who have the expertise to do this job. This saves the client’s time and gives them quality work.

The client often seeks a video producer who will produce a good video at a reasonable cost. Submitting a proposal is, usually, the first step to attract the attention of a client. This proposal can, therefore, serve as a marketing tool for the video production company. The company should utilize the opportunity and promote itself to the client in the best way possible.

When preparing a proposal, the video production company should consider many things, such as:

If a proposal is successful in convincing a client about the expertise of the video production company, it would choose the company and sign the contract. However, if the proposal gets rejected, the time and effort of the video producer would be wasted and new clients would be sought. In addition, depending on the scope of operations, a video producer may attend to a number of clients.

Thank you for having a meeting with us and for giving us this opportunity. We are very excited to do this project because BTS is well-known Music band and we are really looking forward to making their music video for the song ‘Young’; the brand imaging is very important to us. We have put together a proposal for your approval. Please let us know if you have any concerns or queries.

There is no place for errors in today’s world. We need to make sure that everything that we put out there makes complete sense and has a long-lasting effect on people. P Limited makes corporate videos, commercial videos, short films, animations, event videos, and product videos. Our company has the experience and the confidence of developing your imagination into visualization. We have an experience of 15 years of telling powerful digital stories through our videos.

We want to make a music video of one of your hit singles ‘Young’. We want to capture the Korean culture in this video, so we will be shooting the music video in one of the villages near Seoul, South Korea. The theme will be the history and culture of Korea through the eyes of a young boy.

As we know that your band following is mainly young girls and boys. So the age group will be around 10-30 years old people.

Our plan is to shoot the video in a village so we can capture the cultural and historic values of Korea. The plot of the video is a boy starting his life from a village, how he struggles and makes his dream come true and ends up in a city.

Location: The video will be shot in Chuncheon. Most of the shots will be filmed in Cheongpyeong-sa Temple.

Cast: We will get actors as well as the local people to act in the video.

Costume and Makeup: the cast will be provided with the traditional clothing. The band, however, will be dressed in modern day clothes. The makeup will be done by the professionals, in accordance with the scenes being filmed.

Our company has the finest state-of-the-art equipment. Taking the right angles at the right moment is what makes the video appealing and mesmerizing. Our professional choreographers are highly talented and full of fresh ideas. With their help, we will direct the video. After shooting comes the most essential element, editing. The editors will be responsible for the correct framing and transitions in the video.

Once we have the final draft of the video, we will present it to the decision makers of the BTS band for the approval. Any changes needed or reshooting needed will be done at this point. After finalizing it, the video will be released. We plan on releasing little teasers first, just to get the people excited about the video.

Social Media: Digital media is one of the most effective mediums nowadays. When people like a video, they share it with their friends and family. This increases the video exposure rapidly. We plan to use the following networks. So we will release the video on YouTube along with other mediums.

Television: television has its own importance. We will release the video on all international music channels.

The estimated cost for Video Production will be $30,000. Below is the budget that we have estimated:

We will have our legal team prepare a contract for the rights of the music video.

You can contact us with any of the following ways: 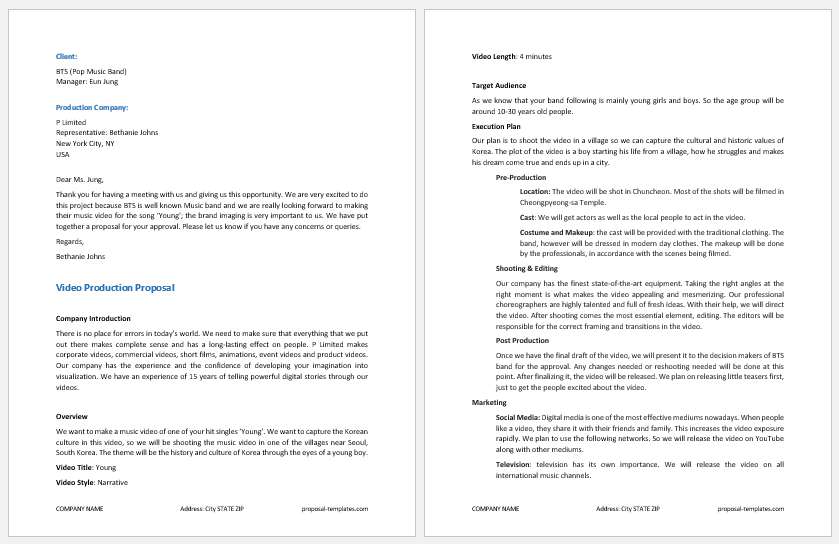 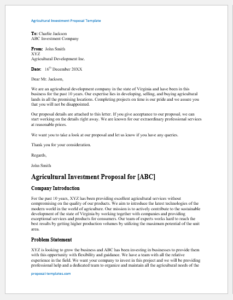 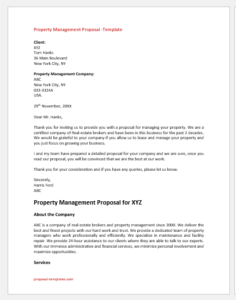 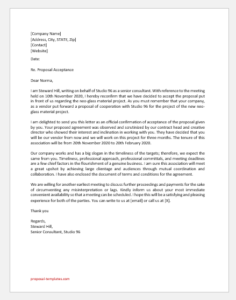 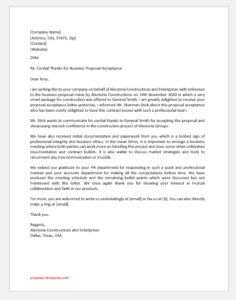 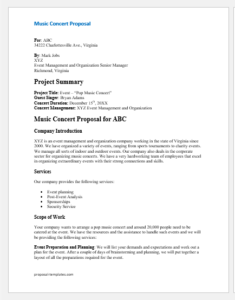 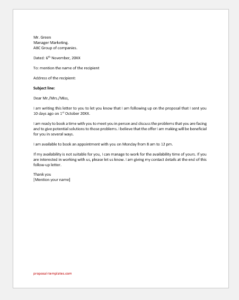